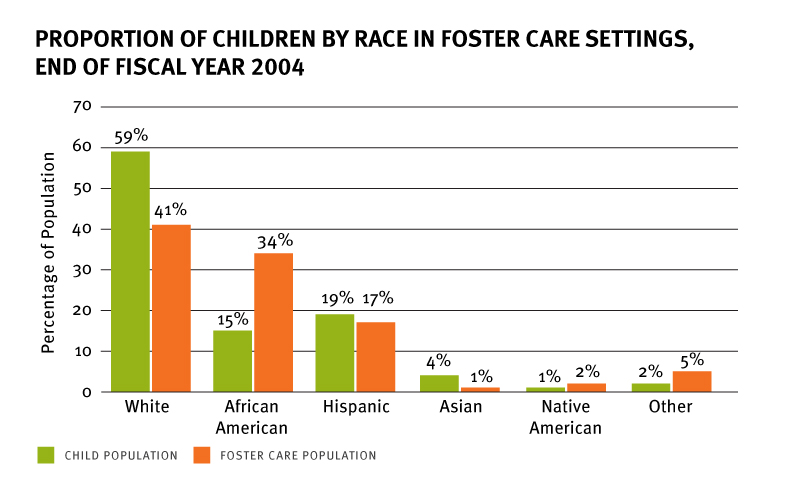 Minorities and the Foster Care System

Race in the foster care system is a fickle subject. This article does not serve to group the experiences of all people of color under one box nor overshadow the struggles of any particular racial/ethnic group. The best way to preface this section is by analyzing the above graphic sourced from the Annie E. Casey Foundation.

There are discrepancies between different races, each facing its own challenges. Black and Indigenous youth are overrepresented in the system. Black youth make up 8.5% of the U.S. minors, but this statistic nearly triples in the foster care system. Similarly, the number of Native American youth in the system is double that of the American population.

Hispanic/Latino and Asian American youth are on the other end of the spectrum, with both groups underrepresented in the foster care system. When describing the why behind these disproportionate rates, the two conjectures surround the culture of these groups. According to the U.S. Children’s Bureau, these rates could be caused by each group’s culture or traditions with children, resulting in low child maltreatment rates. Alternatively, it could be because others perceive different practices as being cultural norms. Neither is necessarily good, but both provide evidence of why these two groups are also disproportionately represented in foster care.

Race in the foster care system is a tangled web of history, culture, and society’s role in the lives of these children. Each demographic faces a unique set of challenges, but through the occasional similarity, foster youth can find a tether that connects their experiences.